Police Officer Who Killed George Floyd Tried to Commit Suicide Because the Whole World Wants Him Dead; A news outlet has just given an update on the state of Officer Derek who killed Africa American Man and it seems he tried to commit suicide seeing that the whole world is calling for his death.

It has been reported that he is placed on a mandatory suicide watch with a camera on his neck to monitor his actions while he is being locked up.A suicide watch protocol is always initiated when there are high risks for a criminal waiting for his trial to commit suicide if the pressure is too much.

The world has been reacting since the death of Floyd and many Celebrities have taken to the streets to lead peaceful protests which totally spells doom for George killer.

People are also calling for more level of justice because they see the third-degree murder he was charged with as a merciful act.
A twitter user made a tweet on twitter saying “George Floyd’s killer is trying to commit Suicide so he has been placed on suicide watch”
More Americans reacted to the news and below is there tweets: 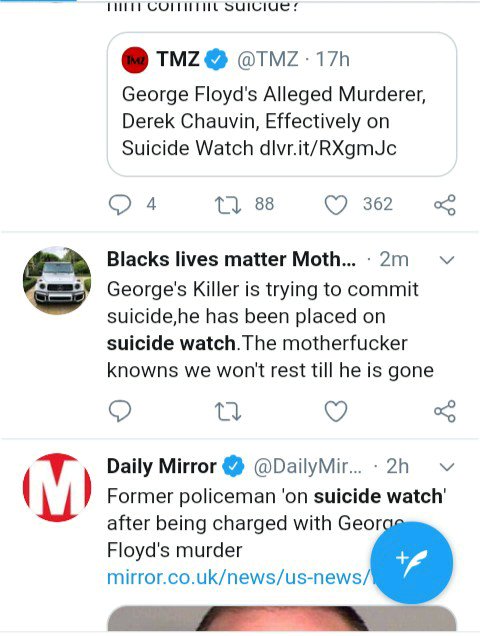 Another user reacted and said “Now the officer on suicide watch because he tried to kill himself? if he kills himself, I would be angry because it isn’t fair to snatch someone’s life away and choose to die your own way” she added. 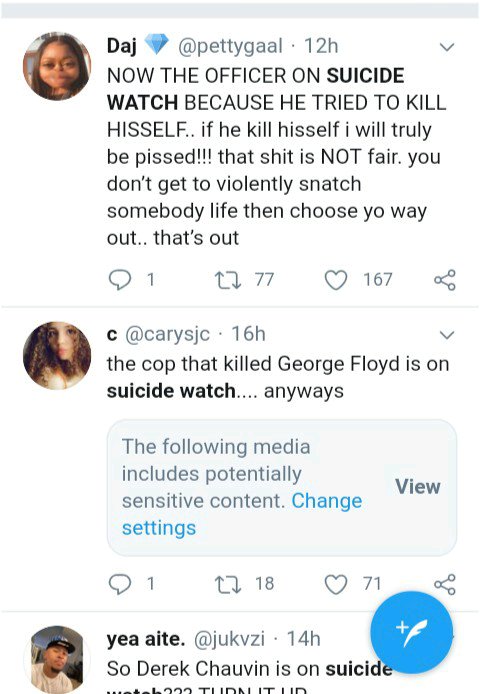 He died due to compression on his neck and back by Minneapolis police officers, medical examiners hired by the Floyd family said.

The findings differ from an official preliminary examination carried out by the county medical examiner.

It did not find evidence of “traumatic asphyxia or strangulation”.

But the two doctors hired by the Floyd family found the death was a homicide, a statement from its legal team said.

Owusu Bempah in deep sh!t as court orders his bankers to transfer GHC300k to Ibrahim Mahama as damages

Owusu Bempah in deep sh!t as court orders his bankers to...

Mahama chases Madam EC with his 6 new demands in Supreme...

Election Petition: We need more time to file our case –...